Borobudur Prambanan One Day Tour- This tour package was design for traveler who wants to visit Borobudur and Prambanan tempel in one day. The tour will available to start from your hotel or airport, and our team (Driver and Tour guide) will pick up from meeting point on time.

The Borobudur Temple Compounds is one of the greatest Buddhist monuments in the world, and was built in the 8th and 9th centuries AD during the reign of the Syailendra Dynasty. The monument is located in the Kedu Valley, in the southern part of Central Java, at the center of the island of Java, Indonesia.

Borobudur built in the style of Mandala which symbolizes the universe in Buddhist teaching. This structure is square shaped with four entry point and a circular center point. Working from the exterior to the interior, three zones of consciousness are represented, with the central sphere representing unconsciousness or Nirvana. The walls and balustrades are decorated with fine low reliefs, covering a total surface area of 2,520 m2. Around the circular platforms are 72 openwork stupas, each containing a statue of the Buddha.

The temple has remained strong even through ten centuries of neglect. It was rediscovered in 1815, buried under volcanic ash. In the 1970’s the Indonesian Government and UNESCO worked together to restore Borobudur to its former majesty the restoration took eight years to complete and today Borobudur is one of Indonesia and the world’s most valuable treasures.

Pawon Temple is located right on the axis lines connecting Mendut Temple and Borobudur Temple. The rectangular-shaped temple with terraced roofs, and a chamber inside is sized much smaller than Mendut Temple. Pawon (known locally as Candi Pawon) is a Buddhist temple in Central Java, Indonesia. Pawon Temple lies quite hidden, surrounded by houses. Composed of volcanic rock with a combination of ancient Javanese Hindu and India, and the similarity of decorating style with Mendut Temple and Borobudur Temple, the experts agreed that the three temples were built in the same century. This is confirmed by Kayumwungan inscriptions or Karangtengan inscriptions dated 26th May 824 BC.

Mendut is a ninth-century Buddhist temple, located in Mendut village, Mungkid sub-district, Magelang Regency, Central Java, Indonesia. The temple is located about three kilometres east from Borobudur. Mendut, Borobudur and Pawon, all of which are Buddhist temples, are located in one straight line. There is a mutual religious relationship between the three temples, although the exact ritual process is unknown.

The temple was built around the 9th century and known to be the oldest of two other Buddhist temples, the Pawon and Borobudur. The 26.4-meter-tall temple not only has become the center of Buddhism practices and rituals, but also believed by local Javanese Kejawen as the place to meditate. It is shown by a stone carved image of Hariti as the symbol of fertility and motherhood, that are popular among the locals as the praying site for couples who longs to have children. 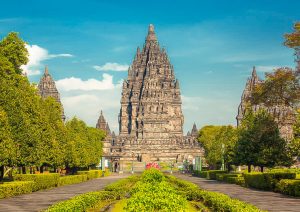 Prambanan Temple is the largest Hindu temple complex in Indonesia. The first mention of Prambanan was in the Syiwagrha Inscription (856 AD). With three main temples for the Trimurti; Shiva the destroyer of the universe, Vishnu the keeper of the universe, and Brahma the creator of the universe. Back in the glory days of the old Mataram Kingdom, Prambanan is used as a Candi Agung for various royal and religious ceremonies.

The temples collapsed due to earthquake, volcanic eruption and a shift of political power in the early 11th century, and they were rediscovered in the 17th century. These compounds have never been displaced or changed. Restoration works have been conducted since 1918, both in original traditional method of interlocking stone and modern methods using concrete to strengthen the temple structure. Even though extensive restoration works have been done in the past and as recently as after the 2006 earthquake, great care has been taken to retain the authenticity of the structures.

Choosing the Borobudur prambanan one day tour program, will make you experience all those historical temples above in one unforgettable day.

The price for this tour package is start from USD 98 per person, please contact for more information. 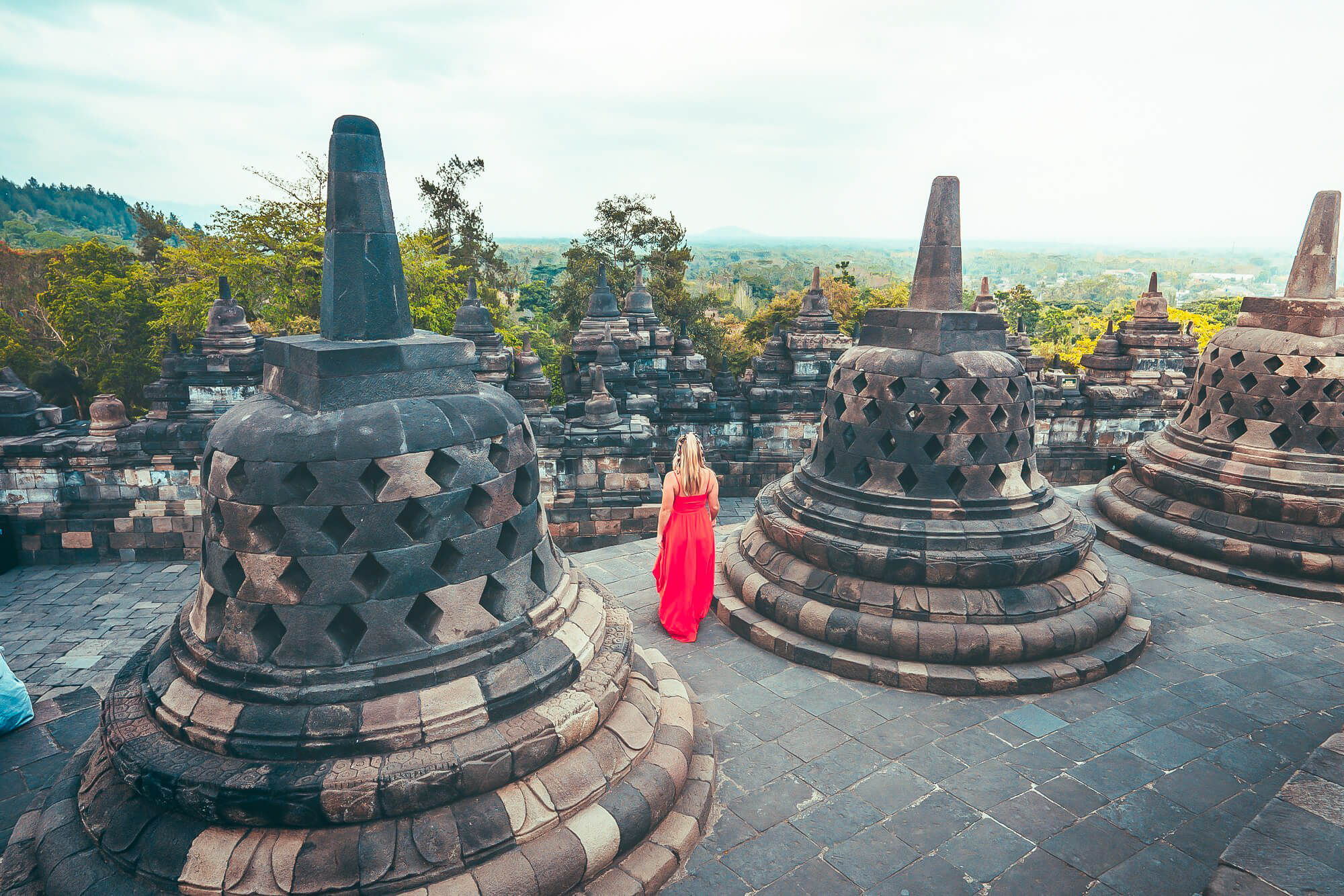 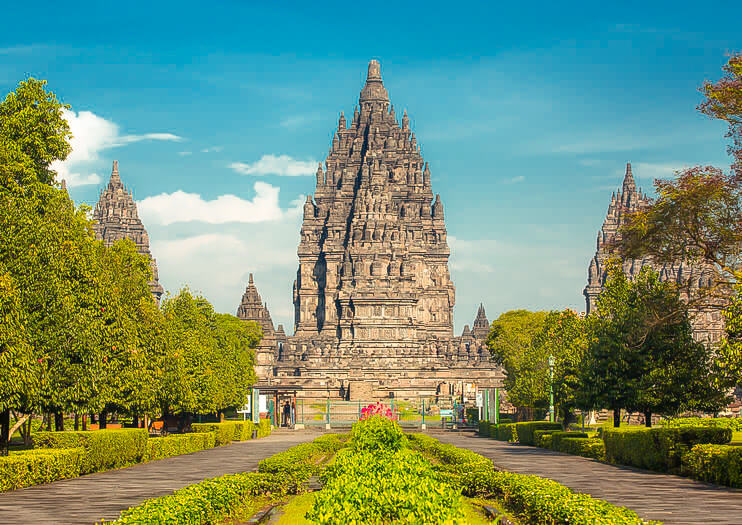 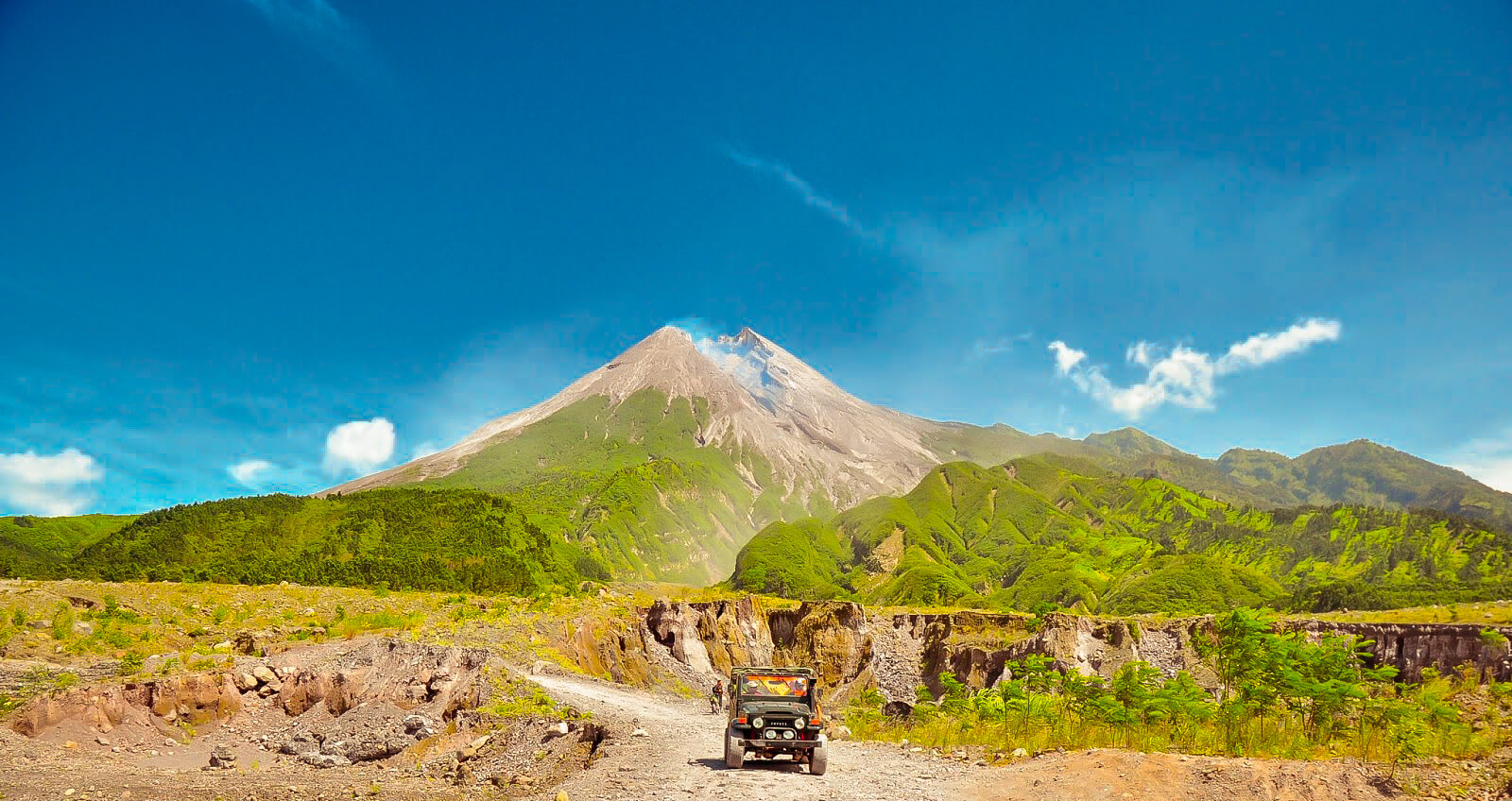 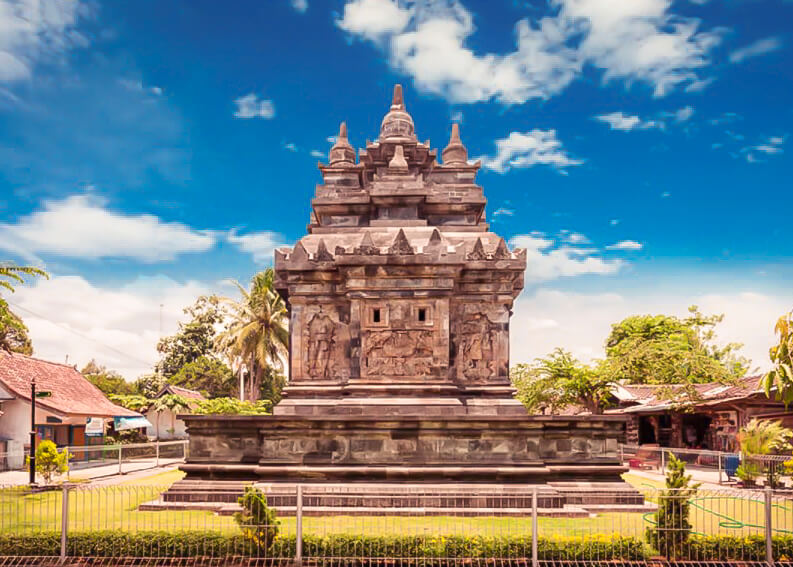 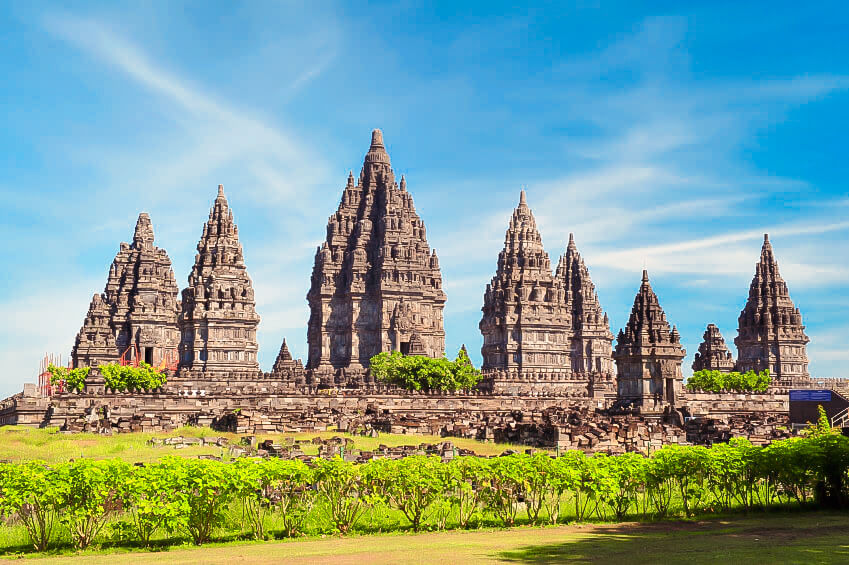 Start from
USD 77 Per Person 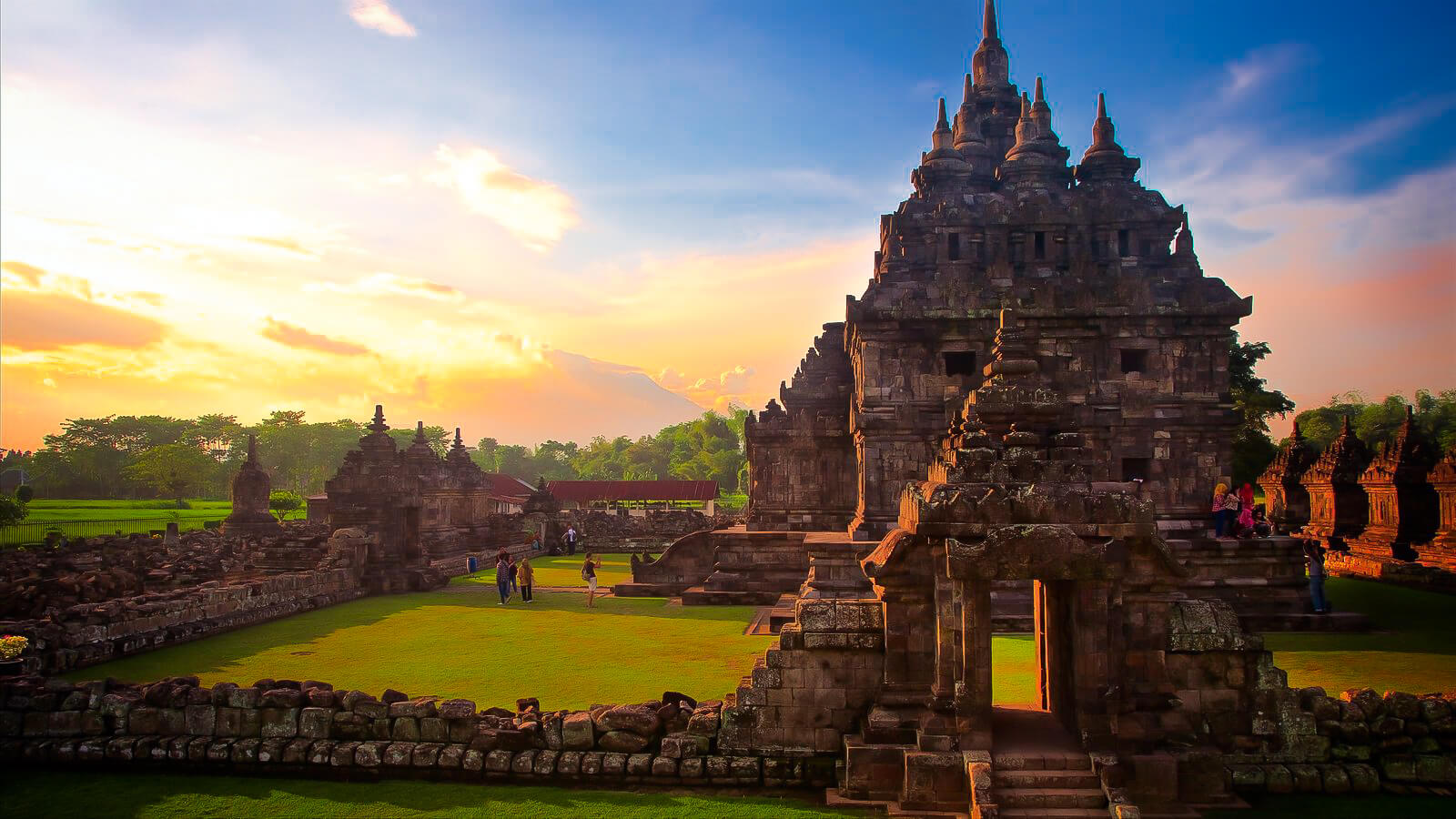 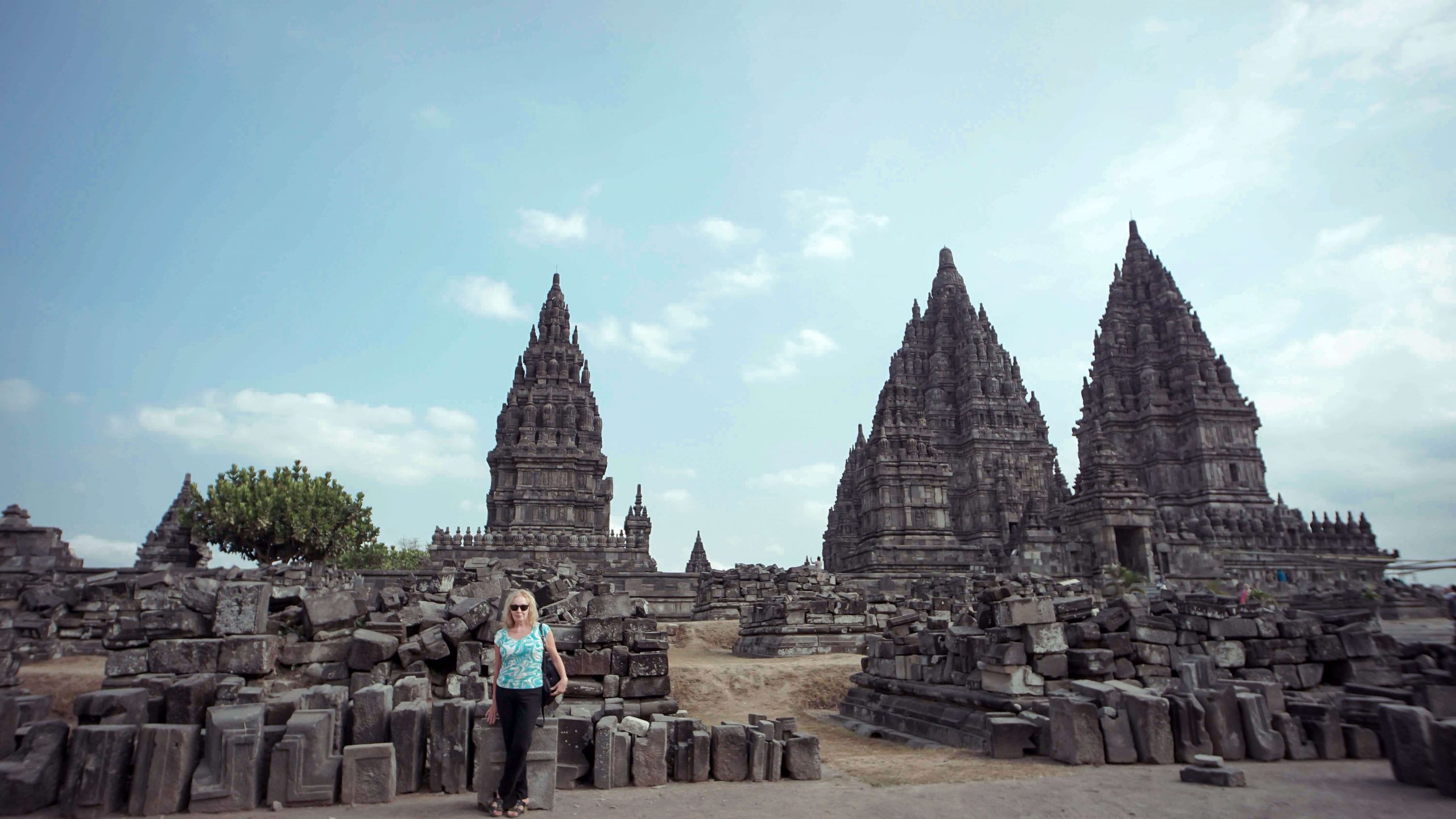 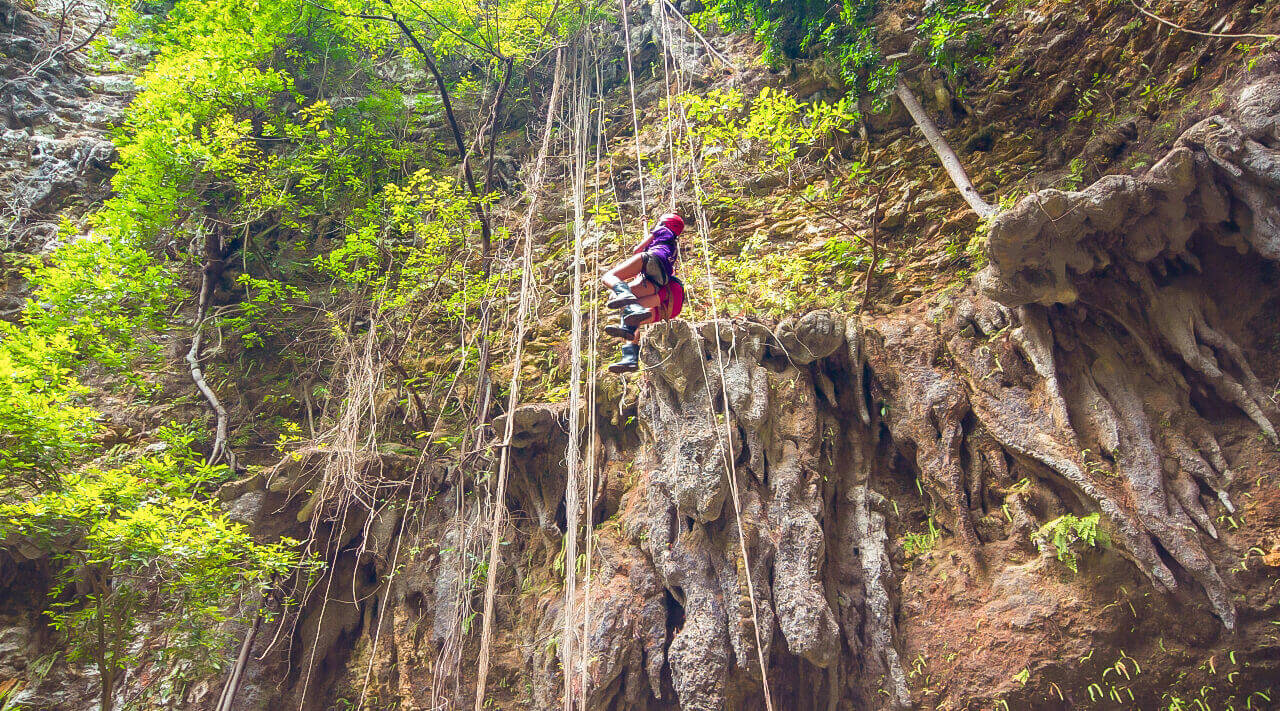